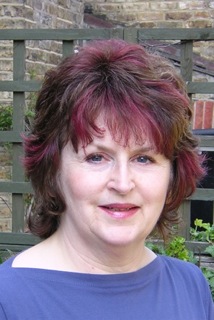 This months review comes from Maureen Brown who recently joined the creative and ballet classes at the Claremont Project.  Maureen enjoyed being part of the Big Dance last summer and danced at Trafalgar Square with an elders group along side younger people’s groups and Wayne McGregor professional dance Troupe.  Here Maureen will talk a little more about the play The Last of the Haussmans.

This is a play by Stephen Beresford that I saw at the National Theatre in June 2012, with a cast including, Julie Waters, Rory Kinnear and Helen McCrory.

Judy has a serious health issue (melanoma of the skin), but as far as her dysfunctional family are concerned there is an equally important issue of inheritance to sort out.

Her ‘hedonistic, guru following, sexually liberated old junkie’ character (New Statesman), appeared in long flowing, fringed robes reminding us of her former trips to India. In another scene she wears a snoopy nightdress, possibly suggesting age has caught up with her.

Her long grey disheveled hair suggests her advancing years and ill health. The opening scene in the second act presents Judy as a frail, elderly lady tended to by her son. She wears large dark glasses and seems rather confused. It is brilliantly portrayed, with great pathos.

With a gradual return to reasonable health, we learn about the doctor’s mistake in over-prescribing her pain relief. Judy brushes it off, seeing it as one more acid trip whilst her family are outraged by the doctor’s behaviour.

Judy’s role as a relic of the sixties, hanging onto the ideals of free love, peace and revolution was scripted in a humorous and at times expansive form portraying an elderly person willingly trapped in a time warp of hippy trails to India with her children in tow.

Decades later, the reality is a neglected rundown house (in a very desirable area), swathed in Indian drapes, the dysfunctional family assemble. Had her unconventional parenting taken its toll on the kids? Questions embedded in the past are teased out as the family members try to resolve the contentious issue of inheritance.

I noticed some critics used descriptions that might be considered derogatory such as, ‘She’s a wrinkly but still has a determined free spirit’. (Independent)

Tell us what you think in the comments section below.  We’d love to hear from you!