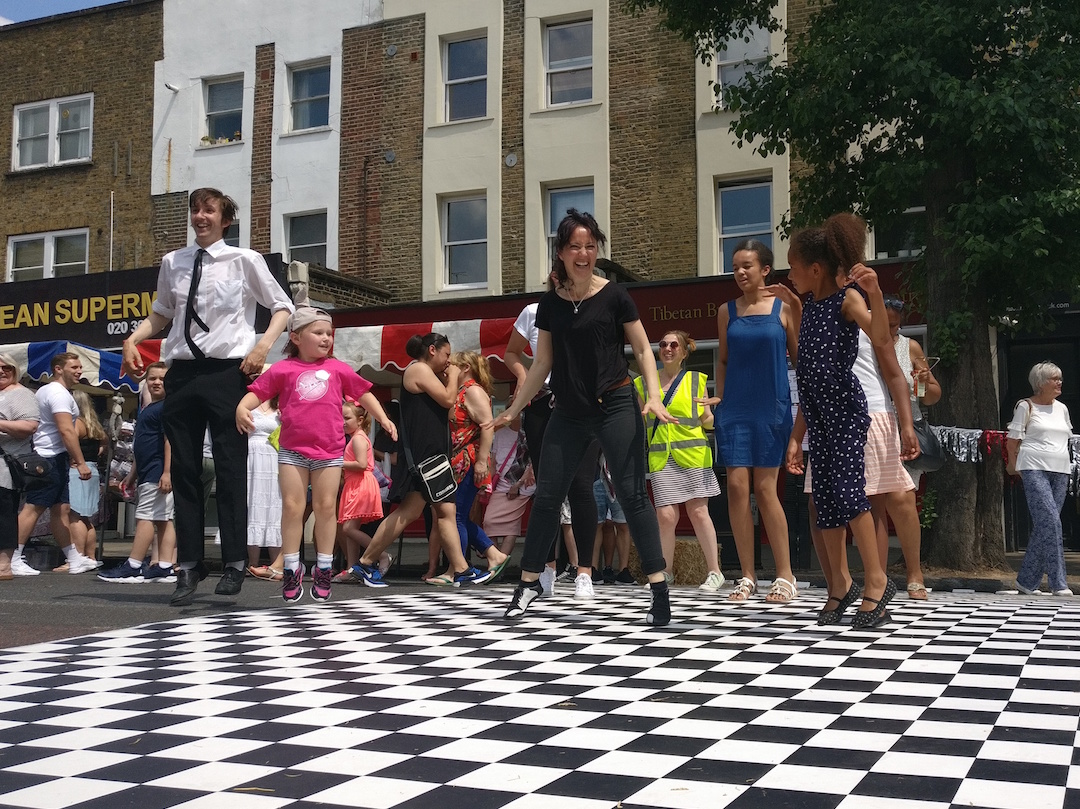 Where it all began,

When I first started to dance I was the oldest in the class! In fact, throughout my learning dance I have always been the oldest in dance class (or at least one of).

I was 17 years old when I entered an audition for a dance showcase in high school and got in without having had any training! I was subsequently encouraged by my gymnastics teacher to take dance lessons. So when I reached the ripe old age of 18 and my parents asked me, “What gift would you like for your 18th birthday, money for driving lessons or for dance lessons?”, I gave an emphatic, “Dance lessons!”. I didn’t know then what a life changing decision this was.

I went to speak to Anna Kukurba who was one of the best teachers in Cagliari at that time, her background was as a Prima Ballerina in Kraków and Paris Ballet. She asked how old I was, and without even looking at my existing (or non existent) dance skills, she said, “Come and Join the adult intermediate ballet class.”. So I did. 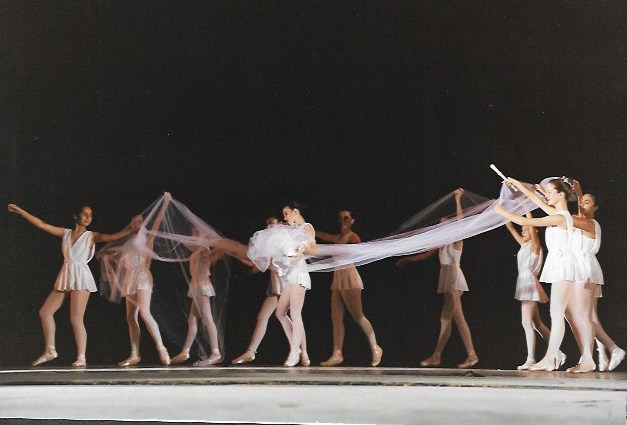 It didn’t take long for her to realise I had not done any dance before and at the end of the class she told me I had to downgrade and join the academy classes with the 12 year olds! Ouch! That was a shock, but I listened to her and decided she new better, so I went. But I also listened to something else she said, “You’re already too old to be a ballet dancer.”. That was the first year.

The second year she offered me not only to join her as an assistant in her classes (my parents had funds only for one year of dance lessons), but she created a solo for me to dance at the end of year show at the Conservatoire of Music in Cagliari. That was a great encouragement and I realised I had to go and study dance full time, so I decided to leave Cagliari to come to London.

Time and time again I noticed that my age appeared to be a burden, I was older (relatively) and the students in the dance classes I went to were very talented and very young. Every time I went to an audition I realised that I didn’t have enough training to get the job and I saw I was still a long way from getting to that level.

Three years into studying in London and working at the same time, I was encouraged by a teacher at The Place to take up full time dance studies. So I auditioned for various schools and having been awarded a local authority grant, went to study at Middlesex University, still with the desire to become a professional dancer one day.

Once again I had in the back of my mind the idea that I was the oldest in the classroom and no matter how dedicated I was I had the preconceived notion that there wouldn’t be much of a job for me once I came out of school.

Once I graduated I started to dance for independent dance companies and enjoyed this. After some time one of them offered work with older adults. Dancers received training to work within elderly care settings.

I began working with frailer older people with various medical conditions, but I noticed too that their carers reinforced the idea that old age and deficiency went hand in hand. “You are too old to________”, was the underlying thinking, and some carers kept the elders wrapped in cotton wool. They would often say to me “You can’t do this.” or “You can’t do that!” with them. The training I was receiving said the same thing, don’t do this or that. But in the back of my mind I had the notion that the elders I was teaching could be encouraged to explore or do more than what we were supposed to teach them.

A bit of rebellion…

So the rebellious side of me took over, I started changing the exercises, using my dance training to bring creative ideas in, to challenge, stimulate and encourage the participants to do more. We even played football (with a soft ball of course) and to my amazement their competitive side started to come out. There was laughter, there was vitality and the participants wanted to be involved in the activity much more than when they had to do standard “exercises”. 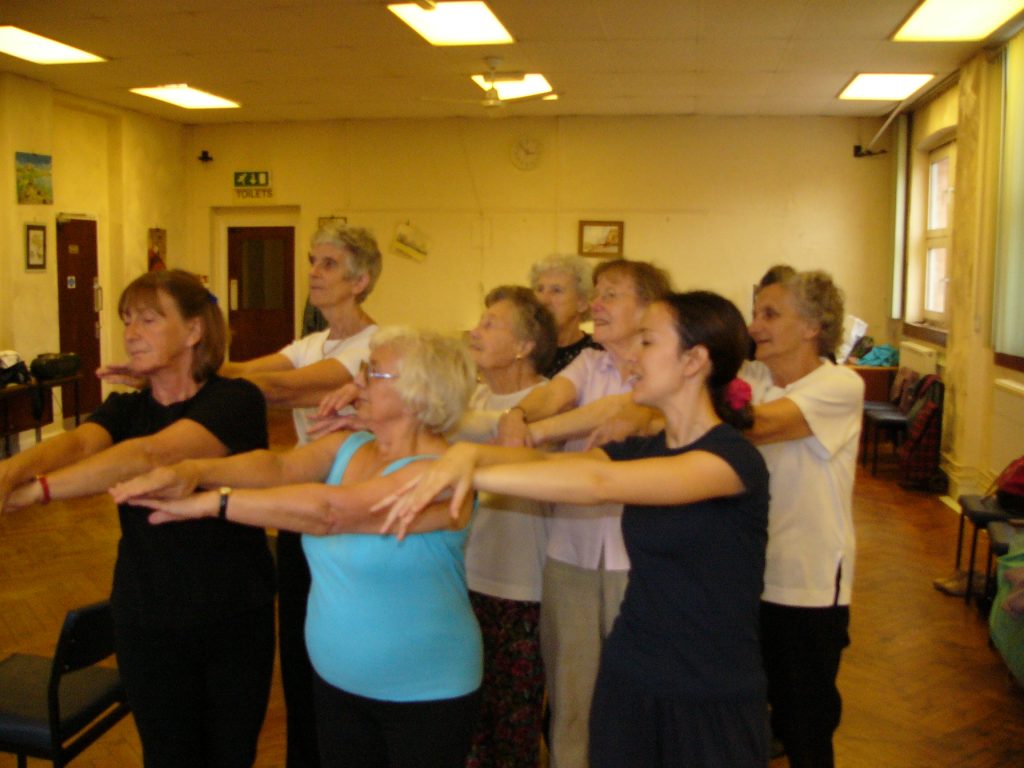 At that time, I was asked to teach a ballet class to Sadler’s Wells’ Company of Elders, little did I know that this would take me on toward a new direction.

As I taught the elders from Sadler’s Wells I started to realise a very important and new idea. I was teaching similar age groups of people at the Company of Elders as I was in care homes but in very different settings. One was the sedate day-care centre the other was in inspiring venues with active older people learning how to perform. So I asked myself, “Why is it that these people of similar age and abilities behave differently?”. And it was striking that in many respects it was their behaviours that seemed different rather than their actual physical condition. 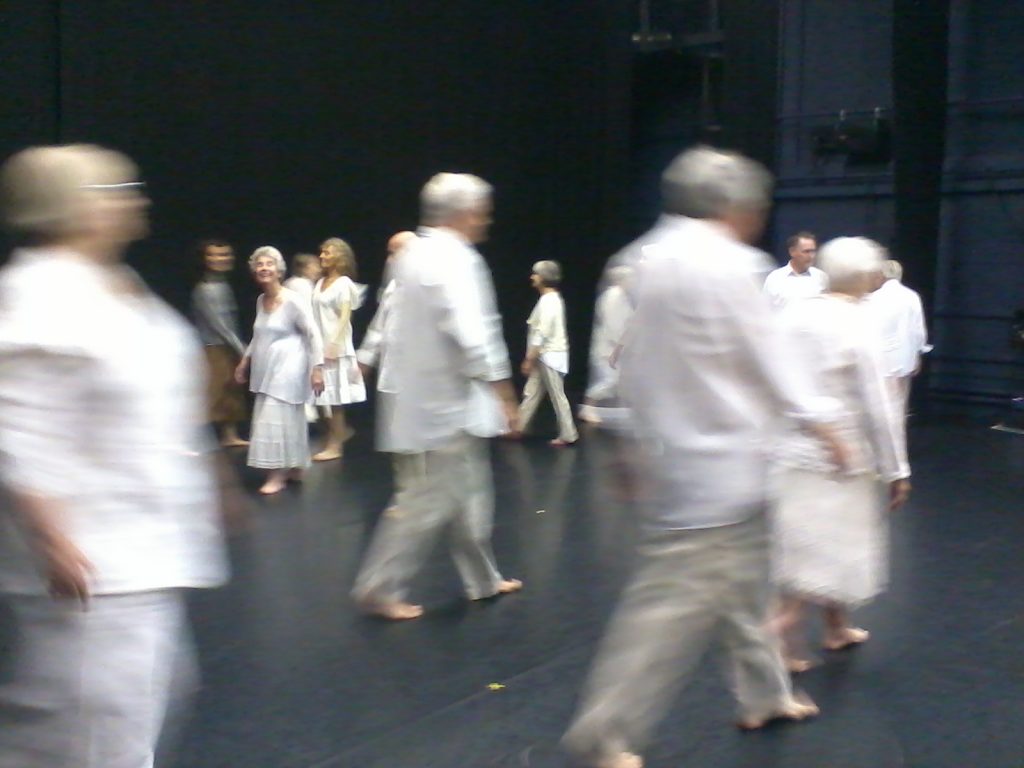 The Company of elders were active, wanting to move and challenge themselves whilst the elders from the care centre were barely interested in taking part in a simple exercise class. There was clearly a difference in their mind set.

I was no longer looking at people as “old”, but as individuals and what they brought with them.

This meant I could no longer apply my (or any body else’s) idea of what it meant to “be old”. Now age became unimportant because it was each person’s current physical state and mindset that determined what they did/or were capable of. Yes it’s true that as we pass through the years of life there are parts of our body that decay, parts of our functioning system that simply stop functioning and many of us will also experience (more or less) some sort of damage along the way. BUT it is also clear that many of these changes do not stop us from doing the things we want to do.

I have students who “struggle” into class after multiple hip operations (yet turn up for a performance raring to go), students who continue dancing into the late stages of dementia and others who fight through various forms of cancer (some successful some not) while continuing to dance.

The new generation of dancers. 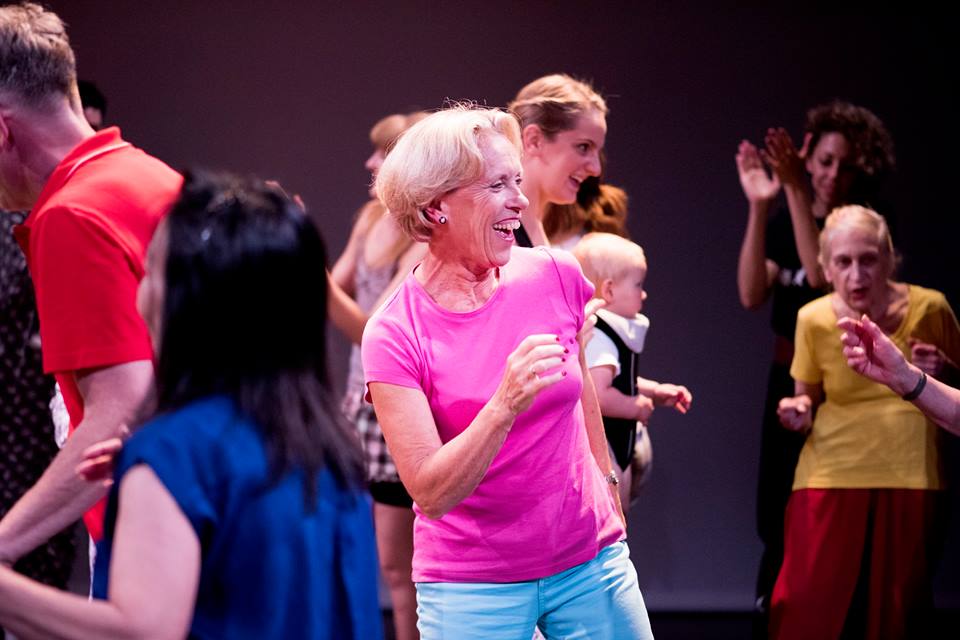 As a year went by I was asked to become Sadler’s Wells’ Company of Elders’ Rehearsal Director and there I made the decision to leave the care setting to focus on active ageing. A few years later I created my own dance company, Counterpoint Dance. I was very excited about working with a fresh slate, looking at developing a new mindset of the dancer’s potential.

At the same time I was introduced to the ITM school of Alexander technique. One of the first things the head of the course, Don Weed, said was: “All I want you to do is to change everything about yourself.”. I found that statement deeply unsettling! What did he mean? If I change everything about myself does that mean I won’t be myself anymore? There is nothing wrong with who I am am!

But as I went through the course I realised that who I was at that time was not who I potentially could be. All the learned behaviours, the fears, the preconceived ideas of how to do things, I realised where misplaced.

I understood that what society, school, parenting had taught me was limiting me. Only when I had let go of some of the preconceived ideas of who I ought to be, I was able to tap into new very powerful and life changing ideas.

The change I was making to my mindset helped me ask the questions: What does ageing really mean? Is it true that when we reach a certain age we move towards a state of being which is in decline and therefore we are no longer valuable to others or to society? Is that what we can expect and then we die! Certainly NOT!

When I realised that my psycho-physical condition was changing and that I was not only getting better physically but also my thinking processes were improving and getting faster, I realised that this tool was extremely powerful. I had reached one very important turning point in my life.

I felt I had to share how this life changing tool would uncover people’s potential and therefore I started to use Alexander’s principles during the dance classes I taught. I was no longer teaching “Dance”, I was teaching students how to challenge their preconceived ideas about learning, about dancing, about thinking and most of all about themselves.

Today I train older dancers to become better dancers, but along the way they also become different people. One of my long standing students and a member of Counterpoint Dance Company, Almeric Johnson, says, “It changes your mindset about your own potential in performance and in life.”.

6 Comments on “Dance, Ageing and the Alexander Technique.”

Hi Simona
Thank-you for your wonderful writing. It was really interesting to hear about your journey and your beliefs around ageing. Very interesting and inspiring. I love your approach and attitude.
Wishing you a lovely Xmas!
Love Kate x (Middleton)

Simona – This is such an inspirational account and interesting to follow your personal journey. We all need to open our minds more and keep challenging ourselves. I sincerely hope that you continue to inspire more people in the same way as you have for me.

Terrific. Simona
Thank you for sharing your moving story

Dance has also helped me to think .
And to learn to move other people’s steps.
Thank you so much for your encouragement too.
I even decided to do a choreography!
See http://www.Hiddentwins.com

Thank you Simona – interesting and inspiring, just like your classes.

Thank you Simona for this article. It very well describes the “ageism” in dancing (and not only); but it is encouraging for older dancers.
I really enjoyed reading it!

Warm wishes for Merry Christmas and a Happy New Year with health, joy and prosperity!

Very inspiring Simona! I want to know more about it. Thank you!!
Ale x