I was recently commissioned by Capital Age Festival to choreograph a short piece for film, as part of their season of celebrating the creativity of older men. These photos are some rather candid shots of the half day of filming we did and I’ve just seen the final cut of the film, by Tony Price, and it looks great! 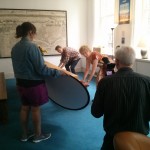 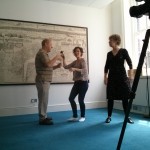 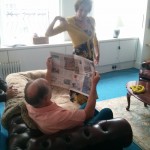 Keep your ear to the ground for more information on when and where the film will be shown.

And if you’re wondering where the “Bathtub” comes in to it… Bathtub 2 Boardroom kindly provided us with the space in which to film! They’re a charity supporting early stage entrepreneurs by providing them with affordable desk space, mentorship and other business support needed at the early stages of starting a business.